Citizen Science within a Horizon 2020 project 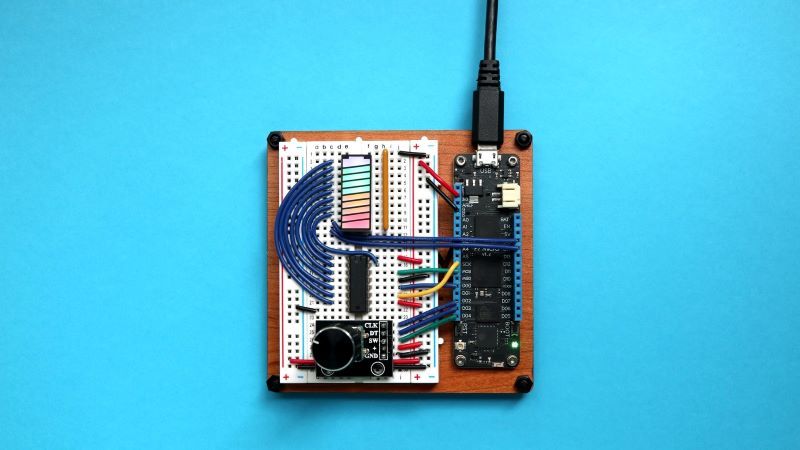 The SCOREwater project receives funding from the European Union’s Horizon 2020 Research and Innovation Programme. This may sound far away and abstract for a lot of people, however in this piece I will argue that it is far more tangible than you might think at first glance. You might even be able to contribute as an individual. This is what happens within the SCOREwater case study in the city of Amersfoort.

The city of Amersfoort is expanding its current sensor network to gain more data and insights into (potential) problem areas surrounding the central railway area and the neighbourhood of Schothorst. By adding sensors on more locations and adding additional climate related indicators, a more detailed image of the current situation within the city will become available.

This and additional information will be used in the development of two hydrological models, that will show which areas are vulnerable to water-related issues and what measures have to be taken to deal with these risks.

To gather the data needed to get a better view of the current situation within the city, the city of Amersfoort sought collaboration with a citizen science project that already was running for years called ‘Meet je Stad (MjS). Literally translated this means ‘measure your city’. MjS was initiated in 2012, long before the SCOREwater project was even conceived. MjS was initiated in order to empower people to deal with the consequences of climate change in their own surroundings, using science. MjS gets people involved in climate science by offering an infrastructure for them to develop and build measuring hardware, measure their own environment, analyse (their own) climate data and answer their own research questions. It has grown to a group of about 200 participants in Amersfoort with varying degrees of commitment. After all, they are all volunteers spending their free time on it. This often raises the question: What does this say about the quality of the research done?

The discoveries of citizens running around

Talking about citizen science often evokes a discussion of the quality of the gathered data, there is some scepticism about citizen science. The title Diana Wildschut and Harmen Zijp used for their recent publication in the Climate Risk Management journal ‘The discoveries of citizens running around is a reference to this scepticism. They write about an chance encounter between MjS and professional meteorologists:

‘[...]in a brainstorm at the Lorenz Center in Leiden, there were also some people of KNMI present, and their reaction to citizens measuring their environment was “We cannot have people running around with sensors and thinking they can do science”. The image of people running around with sensors is an image that MjS participants have come up against often since, when trying to get in contact with people from formal institutions.’

This is not how citizen scientists in MjS see themselves. Although they often do not consider themselves moving efficiently towards a specific goal, they work together in a structured way, searching and experimenting, and not “running around”. However the authors do note that there is a changing willingness of academic scientists to look at citizen’s data. The “cheap tech” approach of MjS might just fill a gap in measurements that was inaccessible from the institutional perspectives.

When is data good enough?

The fact that MjS is also providing input for the SCOREwater project, shows that the data they provide is valued by the municipality of Amersfoort, otherwise they would not be included in the project. Defining quality is difficult, ‘quality has many meanings’ Wildschut and Zijp write. Some see it along the lines of high precision, robustness or certification. MjS sensors have limited performance by these measures. However if you define quality as something being fit for function, then the MjS network has high quality. “If the purpose of your measurement is to find out about a heat island in a certain street or around a certain elderly home, the measurements of MjS are fit for function, whereas the measurements of KNMI, which avoid the influence of heat islands, are not.”

How citizens and government can work together

The SCOREwater project is proof that citizens can work together with the government. It’s too early to call how successful this particular collaboration will be - the project will continue until April 2023- however the first steps are promising. The first soil moisture sensors were installed in collaboration with the municipality of Amersfoort last summer and all the data will be aggregated within the SCOREwater data platform which is currently under construction.

Conclusion and food for thought

“Citizen science adds different methods and a different quality to the landscape of science. What citizen science has to offer is motivation, time and the absence of career pressure, which allows for doing replication research, publishing negative results and exploring improbable approaches. The flip side is in inefficiency, loss of control, lack of well defined quality norms and sometimes opaque communication.” This is one of the conclusions that Wildschut and Zijp make in their article. It sums up nicely the merits and the challenges of citizen science. It is not a clear-cut path, but at least one thing is clear: citizen science shows there is a category of ‘good enough’ results that are fit for function and fill the gap in measurements that was inaccessible from the institutional perspective.