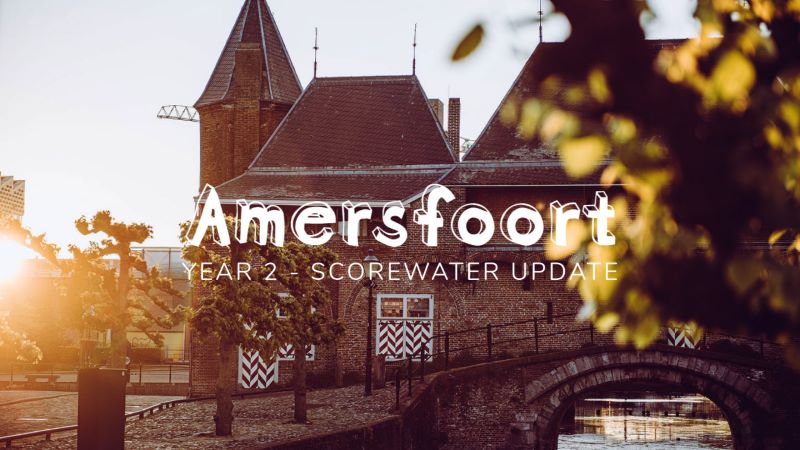 Like many cities, the City of Amersfoort (COA) needs to take measures in its public space to cope with the effects of climate change. Within the SCOREwater project, the City of Amersfoort intends to use data and technology to gain a better grip on climate change, with a focus on water, heat, drought and greenery. This makes the city more climate resilient, both now and in the future.

An important distinguishing feature of the Amersfoort case study is that the city collaborates with the community science project Measure Your City (www.meetjestad.net). Within Measure Your City, citizens make their own measurement plan, formulate their own hypotheses and build their own sensors. By working together with these residents, the municipality intends to collaborate towards a larger, sustainable measurement network with which all involved parties can get a detailed picture of the effects of climate change on and within the city. By doing so, awareness about climate change and the measures needed to make the city future-proof are stimulated.

In addition to the collaboration with the local community within the city and focussing on the deployment of a sensor network on climate-related indicators, attention goes to the development and deployment of digital models, such as a flood alarm.

The sensors that are deployed by the City of Amersfoort measure three things: soil moisture, temperature and humidity. This data is combined with other information and data to analyse the relationship between heat, drought, precipitation and the growth of plants and trees in the city. As such, attempts are made to gain more insight into the complex relationships between these and other variables that are affected by climate change. The goal is to use these insights in urban planning, making sure that Amersfoort remains to be a pleasant city to live, work and recreate in.

All data that is gathered within the Amersfoort case study is published as open data, to make sure that all who want to make use of the data can do so. This data will be made accessible through the SCOREwater platform.

Within the City of Amersfoort several digital models are being developed …

This is a preview of the full article published in the SCOREwater booklet dealing with the second year of the project. Among other things you will find: an update on the Amersfoort, Barcelona and Göteborg case study, links to interesting webinars and (scientific) publications, and many more! You can request the full publication here: https://bit.ly/Year2Update-internal