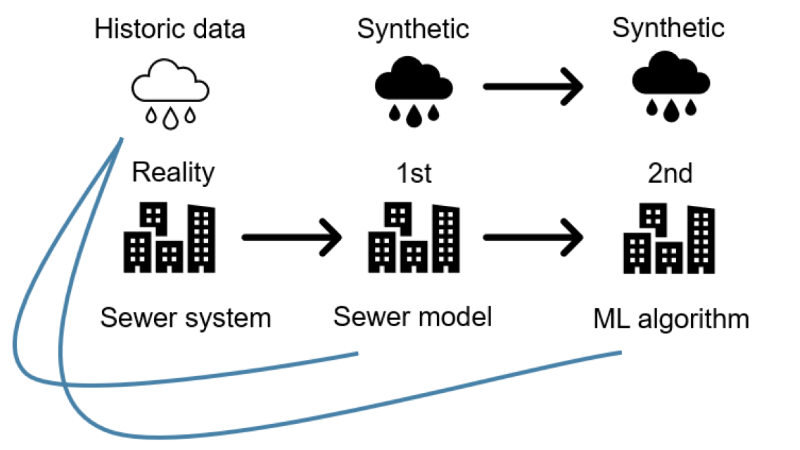 Image: Training the algorithm behind the flood warning system

Within the City of Amersfoort several digital models are being developed: a hydrological model, a sewerage model, a digital twin, and a flood alarm. During the past year of the project, significant progress has been made, resulting for example in a working prototype of the flood alarm. This flood alarm consists of 1) a machine learning algorithm that computes flood volumes given a precipitation amount and 2) an ‘application’ or service that runs the algorithm four times per day with updated precipitation forecasts, analyses the output and warns the user about a potential flash flood event.

Why does Amersfoort need a flood alarm? The climate is changing and as a result there are more periods of extreme precipitation. The city will not be able to prevent flooding everywhere at all times, so the next best thing is taking adequate preventive action when it is known which parts are going to flood.

The goal is clear, but for a flood alarm to function a significant amount of data is needed. Below, in headlines, are the steps presented that were taken in creating the flood alarm.

This article was published in the SCOREwater booklet dealing with the second year of the project. Among other things you will find: an update on the Amersfoort, Barcelona and Göteborg case study, links to interesting webinars and (scientific) publications, and many more!  You can request the full publication here: https://bit.ly/Year2Update-external