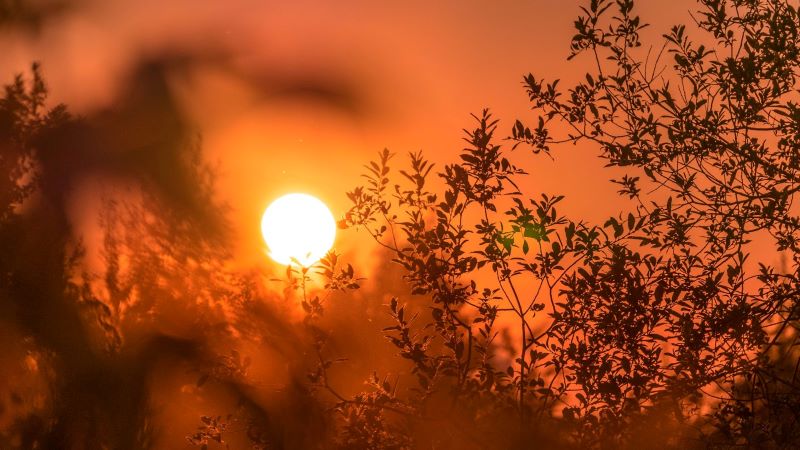 The climate is changing

We are experiencing much more rainfall within a short timeframe, which causes flooding. We all have seen the pictures of flooded streets, tunnels and sandbags preventing the water from entering homes. Next to the increasing severity of rainfall we have to deal with another extreme, heat. Tropical temperatures are becoming more and more common in the Netherlands. Nights are uncomfortably warm and long periods of warm weather are no longer an exception. This is not just fun ‘beech weather’, heat can be verry harmful. Heatwaves are one of the deadliest natural disasters in the world. In addition heat has an effect on our functioning. Making us les productive and the quality of our sleep drops. Some even say that it even makes us more aggressive.

A green, biodiverse, water and climate-resilient city helps to deal with the climate change now and in the future. It enables a pleasant and liveable city for everyone.

SCOREwater is a project funded by the European Union’s Horizon 2020 Research and Innovation Programme in which the city of Amersfoort collaborates with the cities of Göteborg and Barcelona. The central question is how we use ICT solutions to provide insight into water and climate problems and thus better prepare the cities against the effects of climate change. One of the goals of Amersfoort is to keep the perceived temperature in the city as pleasant as possible and to offer sufficient cool public spaces during hot days.

Currently Amersfoort is working on a guideline that will help to employ effective measures to adapt to climate change.

Wat is still missing in this guideline is a detailed pictured of heat perception. The city wants to better map this experienced heat through so called ‘thermal walks’. During a thermal walk you walk a route -under supervision of someone from the municipality-  with a group of people, stopping at various places to fill in a survey about the experienced heat. In addition, a portable sensor will be used to measure the perceived temperature. All the data will be collected within a mobile app. The route is predetermined and stops are planned at locations with different conditions, such as an open square with a lot of sun and pavement, or a residential street with trees and water.

The outcomes of the thermal walks will be used to improve the climate adaptation guideline of the city of Amersfoort.

Due to the current pandemic, it is not possible to organise good thermal walks. In addition, the weather conditions in Amersfoort were not good enough for a thermal walk these past few months – you need quite some sun which was not really the case. In the meantime data will be collected through conducting surveys in the city about heat perception and the citizen’s needs.