A Lifestyle Habits Survey (LHS-SCOREwater) was developed by IERMB, with the support of ICRA and BCASA, to assess health habits, as well as the environmental behaviour of Barcelona citizens. The surveyed population included the citizens from the three neighbourhoods of Barcelona with different socio-economic status selected as study areas (el Carmel, Poblenou and Sant Gervasi). 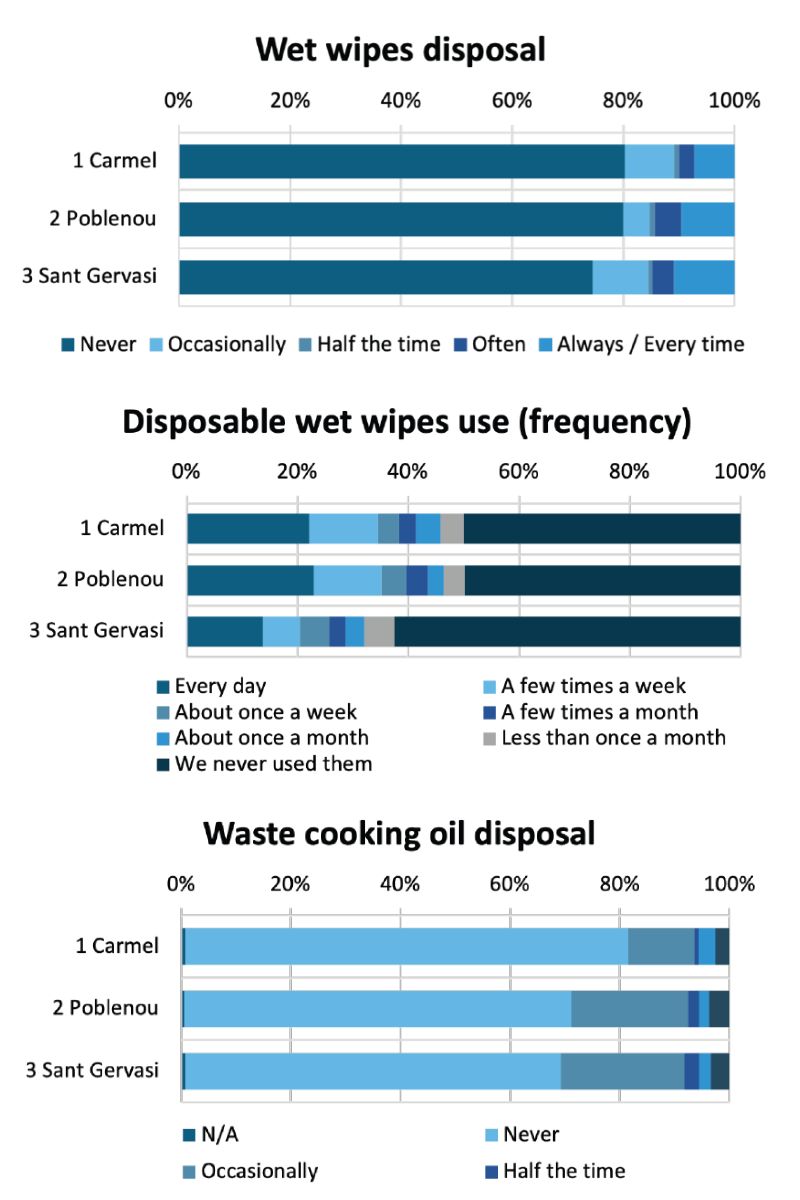 Description of the survey

Main results of the survey

Results show differences between the populations of the three study areas in terms of health, health risk factors, and diet quality in the anticipated directions according to the area socio-economic status. For some variables, such as self-rated health and body mass index, it was also related to the personal socio-economic status. Antibiotics prescriptions were more frequent in the middle- and high-socio-economic areas of Poblenou and Sant Gervasi, where people also reported to have kept antibiotics leftovers and used them without prescription more often than the residents from the low-socio-economic status area of Carmel.

Survey data and wastewater data will be analysed in tandem to compare and validate both results. The outputs of this comparative analysis will be disseminated in a scientific publication through a co-authored peer-reviewed article published in an international journal.